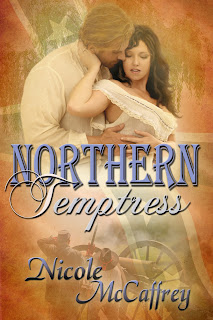 Not even captivity can sway Southern widow Josette Beaumont from spying for the Confederacy. Under the nose of the Union army, she willingly risks her life to pass information to her sources. Until a stranger appears in her bedroom one day with a cryptic message: stop spying or you’ll die. She has no reason to believe his warnings about the future, but his company is the only solace in her long days of imprisonment, and his friendship quickly comes to mean so much more. If only she could make the sacrifice he asks of her…
To hell with history, real estate mogul Jamie D’Alessandro has no intention of saving the historic mansion he’s purchased, even if it is the home of a famous Confederate spy. But when he steps into an upstairs bedroom of the old house, time suddenly shifts, bringing him face to face with a very beautiful and irate Southern lady. Against his will he’s drawn into her cause—to save the Confederacy. But Jamie has a cause of his own. According to his research the lady spy has only days to live. Should he change history to save the woman he loves—or sacrifice life in his own century to be with her for This Moment in Time?

All Raz Colt wants is land, a quiet peaceable existence and to put his life as a hired gun in the past. When the chance to earn a sizable fortune by rescuing a kidnapped heiress comes his way, he seizes the opportunity. Trouble is, the heiress doesn’t want to be rescued. Offsetting Arden O’Hara’s beauty is a rattlesnake personality and shrewish temper. Despite her claim that she faked the kidnapping so her fiancé would ride to her rescue, Raz knows someone is out to kill her. And if anyone gets the pleasure of wringing her lovely neck, it’s going to be him.

Arden O’Hara is desperate to go home. Her fiancé was supposed to ride to her rescue, proving it’s her–and not her father’s money– he loves. Instead an arrogant stranger, with weapons strapped gun-fighter low and a decided lack of sympathy for her situation, shows up spouting a ridiculous tale about someone trying to kill her. It’s infuriating when Raz Colt’s claims prove true after not one but several attempts are made on her life. She has no idea who this fast gun with the deadly aim is, or why he makes her feel as wild and untamed as the Texas wind. But like it or not, if anyone is capable of getting her home alive, it’s Raz Colt.


Single mom and romance novelist Kelly Michaels has no time for a man in her life. But when mega-famous cover model Derek Calavicci puts the moves on her at a romance writers’ conference, she succumbs to temptation. Common sense prevails, however, and after a few passionate kisses she turns him down; she has impressionable teenagers at home, after all, she doesn’t need a one-night-stand with a much younger man, no matter how hot he is. When photos of their passionate moonlight kiss hit the tabloids, her agent has to do some fast footwork to save her reputation. Will the notorious bad boy go along with her scheme?
Derek rarely hears a woman say “no” – it’s been that way his entire life. If Kelly isn’t interested, he’s not going to push her-- even if she does melt like ice cream on a hot sidewalk every time he touches her. But when an unexpected opportunity falls into his lap by way of Kelly’s scheming agent, he jumps at the chance. Pretend he’s in love with Kelly Michaels for two weeks? No problem. After all, the lady may say she’s never going to sleep with him... but he's got two weeks to convince her otherwise. 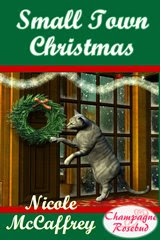 All Holland McCall ever wanted for Christmas or any other occasion was Tucker Callahan. Unfortunately, he was the high school jock and she an overweight, unattractive nobody. But things have changed. Holly has left the small town they grew up in and made a career for herself, with plans to move on to even greater things.

Tucker, on the other hand, has just returned to town, divorced and the single father of two young girls. A visit home for the holidays and a chance encounter leaves both of them questioning everything they thought they ever wanted.