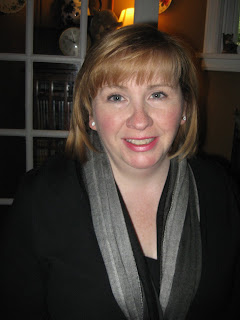 If it’s possible to be born a writer, then I think I was. I’d probably have started sooner if there had been pen and paper available in the womb!
But for as long as I can remember, I have heard voices in my head. Fortunately for me, they’re all characters—begging me to tell their stories. My first sale was a holiday novella, published by The Wild Rose Press in November 2006. The Model Man, my first full length contemporary, was released in March 2008.
My true passion has always been history so I was thrilled to see my first historical, Wild Texas Wind, released in June, 2010.  Since then I’ve contracted several short stories and have been hard at work on a follow up story to Wild Texas Wind.


I live in along the beautiful shore of Lake Ontario in Western NY and have been married to Peter, my best friend, for nineteen years.  I’m a work-at-home mom with two busy boys ages 14 and 17, an old border collie mix pooch and two trouble-making feline boys who rule the roost. When I’m not working, writing, or buried nose-deep in a research book, chances are I’m baking, gardening, or cleaning up after my kids!


We adopted these troublemakers two summers ago and they have quickly taken over.  Thor is smarter than all of us, he makes quick work of the dog proof wastebasket in the kitchen, even when it's locked, has been known to steal food from the toaster oven while it's cooking and can escape from behind locked doors. I'm fairly certain total world domination is part of his long term goal.

Sebbi definitely knows he's the baby of the family. He is not a Mama's boy by any means, he's a guy's guy. If the boys are gaming, he's right there with them. If their friends are over he's right in the thick of things. He is, in all honestly, dumb as a rock, but we love our silly Seb!