Let's Get "Back in Time" 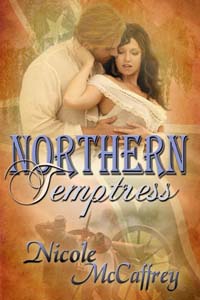 Normally when we hit late June/early July my thoughts turn to the town of Gettysburg.  I know, I know, mildly obsessed.  But it has been that way most of my life and after the years of research I did into the battle and what the civilians went through for my 2014 release Northern Temptress, it’s not about to stop now.

Most years around the anniversary of the battle, I re-post a blog I wrote a few years ago about the civilians during the battle, but I did not get a chance to do that this year.

So I am back today to take a step—and a leap—back in time.  First a small step back to early July of this year, when I should have posted this. And then a leap, back to July of 1863.

Most of us know about the Battle of Gettysburg, if only from history class in school.  Even those who are not history buffs have at least heard the name and –hopefully--understand the significance of this battle.  Okay, maybe they just understand that it was significant.

But I always wondered about the people who lived and worked in the town at the time and why they were not talked about more.  (Thought it’s easier to find information on the civilians now, at the time I first began researching the townspeople of Gettysburg, information was quite limited). The military aspect is undeniably heroic—what those men did in the heat of early July is nothing short of amazing.  I could go on ad nauseum about the different battles, the courage of the enlisted men and commanders from both sides and what that battle meant to our country at that time.

But that’s not what we’re here to talk about today.

The idea for Northern Temptress came about when I realized that after the battle, when the military pulled out, the civilians-- a town of about 2,400-- were left to handle some 22,000 wounded as well as bury the dead (in all 51,000 men were reported killed or missing) and that included hundreds of horses, mules and livestock.

We’ve seen enough disasters and wars in movies and on the news to give us an idea of what this must have looked like—but it’s impossible to grasp from the comfort or our spoiled 21st century lives just what an enormous task this town faced.  The idea of the Red Cross was only just forming in the mind of Clara Barton.  There were no government agencies who would swoop in with aid and food and water, no news crews to offer live reports and no online accounts by which to donate money. And the men? Well all the young and able ones were off to war.  The ones who had served their time and come home were few and far between.

There were Christian charities who came in to help and arrived within days of the battle, just as the trains started moving again. But those agencies were small potatoes compared to the scale of things we are accustomed to seeing today.

So this week I’d like to focus on the civilians, and the town and the battle and share some snippets from the story of my heart.  I did spend the early days of July this year watching the movie Gettysburg, as I usually do, and have been watching documentaries about the battle and the Civil War in general. And I've been reading, in some cases re-reading, events written by the civilians who lived through the battle.

I am also enjoying the YouTube channel from The Adams County Historical Society, as well and enjoying the new content debuting weekly. I am happy to see that they offer information about the civilians as much as they do about the battle itself.  Right now my writing is focused on finishing up my Wylder West projects, but the muse is definitely not done with Gettysburg. As we speak there are a lot of characters waiting for the chance to pull up a chair and tell me their stories. I cannot wait to listen!