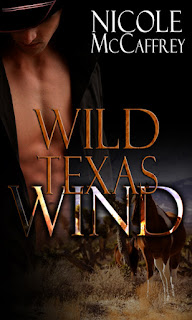 For the next few weeks, as I countdown to the release date for Chocolate Chip Christmas Wishes and Christmas in the Wylder County Jail (co-written with Kim Turner) I will be revisiting some of my older stories.

All Raz Colt wants is land, a quiet peaceable existence and to put his life as a hired gun in the past.  When the chance to earn a sizable fortune by rescuing a kidnapped heiress comes his way, he seizes the opportunity.  Trouble is, the heiress doesn't want to be rescued.  Offsetting Arden O'Hara's beauty is a rattlesnake personality and shrewish temper.  Despite her claim that she faked the kidnapping so her fianc? would ride to her rescue, Raz knows someone is out to kill her.  And if anyone gets the pleasure of wringing her lovely neck, it's going to be him.

Arden O'Hara is desperate to go home.  Her fianc? was supposed to ride to her rescue, proving it's her'and not her father's money? he loves.  Instead an arrogant stranger, with weapons strapped gun-fighter low and a decided lack of sympathy for her situation, shows up spouting a ridiculous tale about someone trying to kill her.  It's infuriating when Raz Colt's claims prove true after not one but several attempts are made on her life.  She has no idea who this fast gun with the deadly aim is, or why he makes her feel as wild and untamed as the Texas wind.  But like it or not, if anyone is capable of getting her home alive, it's Raz Colt.

This week I am talking about my first published historical story, Wild Texas Wind. I know we are not supposed to play favorites among our stories, but this one holds a very special place in my heart.  Not just because it was my first historical, but because it was so much fun to write.

What is it about a bad ass, take no crap, bad boy hero that we all love?  Give him a fast gun and a whole lot of attitude and I’m there.

Wild Texas Wind was not supposed to be written first.  It was actually the sequel to another story I was writing.  My hero was half Indian; a small-town sheriff accused of murdering a white woman.  The heroine was the wife of a man he’d just killed in a shootout. Talk about conflict!

His sidekick was a bounty hunter with a jaded outlook, loads of sarcasm, and a pair of very fast guns. His name was Raz Colt.  The story quickly became Raz’s story, I looked for reasons to include him.

I had a terrible crush on him.

In truth, I loved him. Maybe even more than I loved my hero.

And then he took over.

The idea for his story came at me in waves that I couldn’t ignore.

Wild Texas Wind opens with Raz soaking in a hot bath before preparing to sample the delights in a whole house, and savoring a job well done.  He is reflecting that he has just helped clear a friend’s name of a murder charge and taken the real killer to justice.  That references the original story—I still intended to write it, but Raz’s story was coming at me so strong I had to switch gears and write it now.

While at the whorehouse, he learns a young girl has been kidnapped and her father, a wealthy rancher, is offering a sizable reward for her safe return.

Money, as it turns out, is the way to Raz’s heart.

Arden O’Hara is the kidnapped heiress.  Only she’s not a young girl.  She’s a grown woman.  Oh, and she hasn’t been kidnapped either, she set that up to test her fiancé’s affections.  Does he love her, or her daddy’s money?

Arden is spoiled, obnoxious and distractingly beautiful.  She also has the foulest mouth Raz has ever encountered, worse than his own.  So when he comes to her rescue, she has no intention of going anywhere with the likes of him, it’s her fiancé Geoffrey she is waiting on to rescue her.

But Raz has a bit of shocking news for Arden.  Geoffrey thinks she is dead.  And, surprise, the fake kidnapping she set up didn’t happen, she has actually been taken for real. And since her daddy didn’t give in to the ransom demands of the kidnappers, there is a man on his way there to kill her.

Arden does what any heroine would do in her place.  She laughs in his face.  And clocks him over the head with his own gun.

Putting these two on the page together was a bit like match-meets-gasoline.  They loathed one another.  They were too much alike, both used to having their own way.  But they were also very attracted to one another, even if they didn’t want to be.  But if Raz gave in to his attraction to her, he wouldn’t get the money for rescuing her.  And if Arden gave in to her attraction for him, she couldn’t marry Geoffrey.

And at every possible turn someone was trying to kill them.  Pretty soon she realized if there was anyone capable of getting her home alive, it was Raz Colt. Of all people.

I am not sure if the prequel to their story will ever be finished.  It’s hard to go back and rewrite an old story, and two sequels (Wild Texas Bride and Wild Texas Outlaw) have already come from that story, both of which I hope to complete in 2022.

The story was made even better in 2018 with an audible release narrated by the amazingly talented Dawson McBride.  He "got" the character of Raz and only Dawson, with that deep drawl of his, could have done the story justice.  I highly recommend this version!

But at this point it had been a while since I’d written a shorter length story and I knew those were popular with readers.  So what to write next?