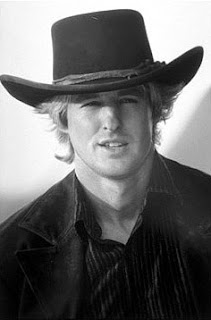 Part of getting to know my characters again involved re-reading Wild Texas Wind, the story in which the hero, Kip Cooper, was initially introduced. It's been an enjoyable time reliving that story, but the problem remains the same: turning a scoundrel into a hero.

Sounds fun, right?  Maybe.  Yes, I loved Kip when I was writing for him, and of all my secondary characters, he gets the most mention.  Everyone wants him to have a story. Including me.

But herein lies the problem. He's not hero material.  He was introduced as a side kick, a bad boy, a con, a cheat. But secondary characters don't have to be quite as complicated as heroes and heroines --they don't have to be heroic (certainly not when you're creating them with no plans to give them their own story, as I did).  I did lay the groundwork for his "reawakening" toward the end of WTW, a near death encounter had left him shaken and ready to change his ways.  But by the end of the book, it's clear he's struggling with the whole "leopard changing spots" idea.

So Wild Texas Bride is partly about Kip's journey to becoming a hero, he's thrust into a position where he learns to care about someone more than himself, even as he's saving his own hide in the process (because Kip is all about saving his own hide--at least he was in the past). Easy peasy, right?

Now, more than halfway into the book, he's taken my conflict and blown it to bits (I won't bore you with the details). And you know what? Without a conflict, there's no story. That's the first thing that jumped out at me when I opened up WTW to re-read.  Conflict. Convinced this was just a fluke, I grabbed my copy of Northern Temptress and read a few pages.  The first thing to hit me? Conflict.  The same thing happened with The Model Man.  Conflict, conflict, conflict. Maybe this is why I've been struggling to finish this story--it needs more conflict!

So how to wrangle your characters back onto the proper path when they've taken off in a direction of their own choosing? I've always let the characters drive the story, they seem to know more than I, so my gut tells me to simply take this journey with them and see where they lead the story.

Meanwhile, I am going to take my own advice and re-read everything I've written so far in WTB, just to reacquaint myself with the story.

BTW the picture of Owen Wilson is more than just eye candy. This is pretty close to how I picture Kip.