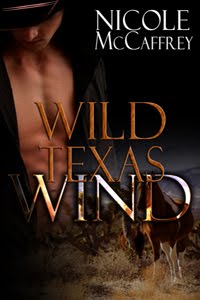 
He glanced down at the man’s face, cocked his head as if considering. “By reputation only. At least I think it’s him.” He rose, reloaded, and holstered the .44. with a smooth motion that told her he did it often and without thought.
at September 18, 2014 No comments: 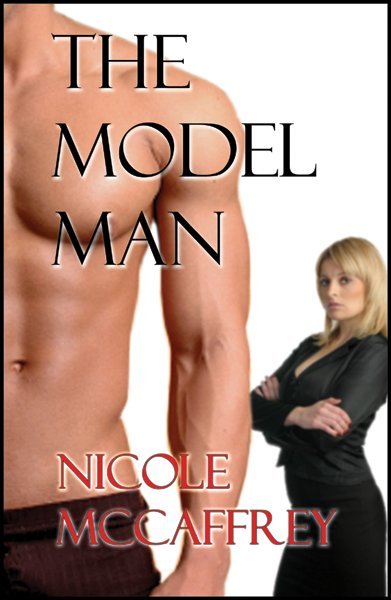 This is from chapter 3--my hero isn't used to being turned down, especially by a woman he knows wants him...

The Model Man by Nicole McCaffrey


Earlier this morning he’d decided to forget about Kelly; she’d made her lack of interest clear enough last night. Somewhere along the way he changed his mind. “I sent roses, dammit.”
He reached the atrium. Looking relaxed, happy and gorgeous, Kelly chatted with her fans. He was struck once more by her fresh-faced beauty and mesmerizing blue eyes, especially with the sun’s glow on her pale blonde hair and her face alight with humor.
The memory of her in that red dress and the soft, sweet smell of her perfume rushed back to him. The way her nipples stood at attention when she removed his jacket. He knew he’d affected her, every bit as much as she had affected him.
“If she isn’t interested, she can damn well tell me why.”
Behind him, Frankie warned. “Derek, don’t do anything stupid.”
He never slowed his pace. As he made his way to Kelly’s table, an audible hush followed in his wake. She was so engrossed with the fans she didn’t seem to notice the change in the atmosphere.
At the table, the women waiting in line stepped aside for him. Bright sunlight streamed through the glass walls and ceiling, casting his shadow as he loomed over her. She stiffened before she looked up. He heard a slight hitch in her breath when he shoved a book beneath her nose.
Without a word, she quickly scrawled her name, then handed it back to him. “Who’s next?”
He stepped to the side, blocking her view. “Why?”
Her gaze flickered over the loincloth he wore since that was at eye level. A delicate flush crept over her face as her gaze slowly moved upward. When at last their eyes met, he was fighting the stirrings of an erection—and she seemed barely able to speak.
“I—I told your...” she waved a hand in circles, “zoo keeper, or whatever she is, I have plans.”
He folded his arms over his chest, uncaring if he sounded like an arrogant ass. “Change them.”
“I can’t.” She peered around him and gestured for the next person to come forward.
He leaned closer, covering the books spread out before her with both palms. “Why not?”
The glance she spared him was as prim and proper as a schoolteacher. “Because I don’t want to.”
“Then meet me afterward.”
“No.”
Knowing he was invading her space, he moved even closer, his face inches from hers. “Don’t make me beg, you won’t like it.”
“Then go away and stop asking.”
A wicked thought came to mind. Before he even had time to second guess it, he moved around to her side of the table and scooped her up in his arms.
“What are you—?”
“You left me no choice.” He lifted her high, tilting her toward him until she had to put her arms about his neck to hold on.
“Ladies,” he said, turning to face the room of startled onlookers. “Don’t you think if a man spends the night making love to a woman, the least she can do is have dinner with him?”
“Oh God,” she moaned. “Don’t do this...”


“I warned you you wouldn’t like it,” he said in a low voice.

Single mom and romance novelist Kelly Michaels has no time for a man in her life. But when mega-famous cover model Derek Calavicci puts the moves on her at a romance writers’ conference, she succumbs to temptation. Common sense prevails, however, and after a few passionate kisses she turns him down; she has impressionable teenagers at home, after all, she doesn’t need a one-night-stand with a much younger man, no matter how hot he is. When photos of their passionate moonlight kiss hit the tabloids, her agent has to do some fast footwork to save her reputation. Will the notorious bad boy go along with her scheme?
Derek rarely hears a woman say “no” – it’s been that way his entire life. If Kelly isn’t interested, he’s not going to push her-- even if she does melt like ice cream on a hot sidewalk every time he touches her. But when an unexpected opportunity falls into his lap by way of Kelly’s scheming agent, he jumps at the chance. Pretend he’s in love with Kelly Michaels for two weeks? No problem. After all, the lady may say she’s never going to sleep with him... but he's got two weeks to convince her otherwise.
at September 11, 2014 No comments: