To Judge and Be Judged 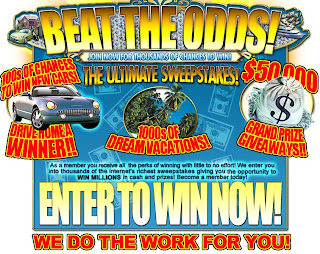 A recent conversation on one of the loops I belong to got me thinking about contests. Love ‘em or hate ‘em , they’re a necessary evil in this business. And they don't stop just because you finally grasp that brass ring -- publication.

They just get more expensive. *G*

But the conversation wasn’t about post-pub contests, it was about entering contests as a pre-pubbed author. It seems that in the early days of a writer’s career, when her work needs a little guidance, the judges are kinder. But for the more seasoned writer who has polished her style and her voice, it seems the claws come out.

Developing a thick skin is a must when you’re a writer but that doesn’t mean unkind comments don’t sting. While I threw away all those old scoresheets a long time ago, there are one or two comments that have stuck in my mind over the years.

Some are just plain amusing and this one has always stuck in my mind:

“Is it supposed to be day or night?”

This one was on the opening scene of Wild Texas Wind. After reflecting on how exhausted he is, how hard he’s worked, how he’s looking forward to a little R&R, my hero, upon learning the size of the reward being offered for a missing heiress, climbs out of a hot bath, hands his cigar and brandy over to the soiled dove he was planning to –er—keep company with and leaves, (telling said prostitute he’s going after that reward money). If that’s not enough to tell you how this man doesn’t give a damn if it’s night or day, rain or shine, or even if there’s a blizzard raging, I don’t know what it’s gonna take, LOL. And this poor clueless judge wanted to know if it was night or day! Oi!

You know it isn't the comments that linger in my mind but the the contest where two of the three judges rewrote my sentences but didn't tell me what I was doing wrong.

Well, except for one judge. ;)

Awww, wonder who that was? ;o)

I didn't think of them as judging contests so much as shopping for CP's, LOL.

It's been a LONG time since I've been in a contest but I get reviews from readers which probably aren't far different.

One of the last contests I entered, a judge told me I should read "author such and such" and learn how to write. That really ticked me off, primarily because "author such and such" had recently yelled at me personally online and we weren't getting along. To be told to take cues from this distasteful person had me wretching.

Here's the awful review: "Sorry, but I was very disappointed with this story. I felt nothing for any of the three characters. The plot moved slowly, the intimate scenes were not sexy or touching. The story was tedious at best."

Yikes! It still cuts but other than this comment on your blog, I'm not going to respond. Everyone has a right to their opinion and I don't want to start a war.

I do believe in being nice when judging and critiquing. I stress over every word I write hoping it won't make the author feel bad.

I can't get over how rude some reviewers can be. I have to wonder sometimes if they're frustrated authors who want to punish everyone else. I'm so sorry about that, Ashley!

I agree, it's probably best not to respond.

I always try to be positive when judging contests, too, and judge the writing, not the writer. After all, I'm one of them, LOL.

How in the heck did I miss this post, especially when it's one near and dear to me heart?!

I'm one of the unpubs that have been both raked over the coals and doused with lemon juice. Of the five contests I've entered, only one resulted in a placing. ONE!

The last contest I got back, I had another unpubbed as one of my judges and she rewrote two sentences and suggested alternate scene options. Seriously! Then, I have one contest that announced finals in January and hasn't mailed ccore sheets back!! Worse part was they make us send prepaid postage envelopes!

I emailed the coordinator and nothing. *le sigh* Not entering that one again.

I think that's why I'm off contests for a good long while! No thanks. I'm crazy enough without having it added to! LOL