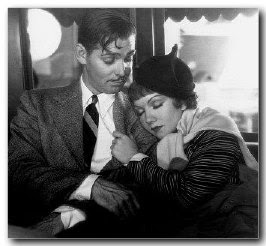 Time is short today, but I wanted to update the blog. Most of my blog thoughts are a bit too long for the amount of time I have today, so I thought I'd post this one.

I fully intended to get a full night's sleep last night. With all the craziness that went on with my dad during the month of May (he's now in a nursing home, most likely permanently. It's a lovely place and he's getting wonderful care but there is a boat load of guilt that comes along with the relief of knowing he's getting mental stimulation and aggressive physical therapy.) I've been really exhausted lately.

Anyway, this is the guy who kept me up past my bedtime. 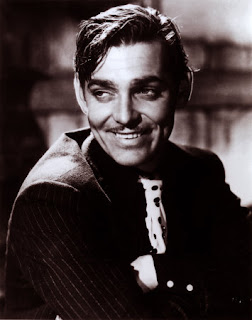 "It Happened One Night" was on television and once I came across it, I couldn't stop watching until it was over. It's not just that it's one of my favorite movies, or that the plot reminds me of Wild Texas Wind, it's... that Gable magic. You can't look away from him when he's on the screen. Even now, nearly 50 years after his death when male movie stars have changed so much, he's riveting.

My love affair with Clark goes back a long way, I remember the first time I saw him in "It Happened One Night";I don't recall how old I was, probalby 12 or 13--I fell under the spell even then. Not long after, there was a "television event" (remember those? In the days before cable? When things like North & South, The Thorn Birds or Gone With the Wind on television were "events") and Gone With the Wind aired. I had never seen it before, but had read the book a few times. One look at Rhett and I was hooked. For life, LOL.

I won't say I've watched all of Mr. Gable's movies, but I've burned the midnight oil a time or two when the movie channels have had a "Gable weekend". He's worth losing a little sleep over. 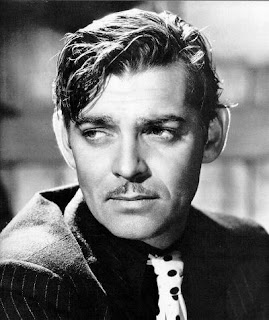 Like I said, I don't know what it is about the man, but he's definitely got that indefinable "it" factor. Heck I'll bet he could even teach ol' Brad Pitt a thing or two about being a movie star.

So while to most of us, he'll always be Rhett, I still think of him as my first love, LOL. Right up there with Shaun Cassidy. Only better! Sigh. I have a busy weekend ahead, but I definitely feel a date night (me and Clark, that is!) with Gone with the Wind coming on.... 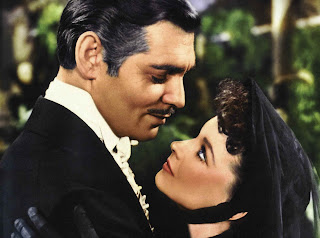 Shaun Cassidy! I haven't thought about him in years. Yes, he was plastered all over my closet door when I was a teenager.

Ooh, such nice photos!Clark is such a hunk...just timeless, I think.

I hope you and your dad both find serenity and happiness in the new arrangement. Sending good thoughts your way. :)

LOL- Hands off Shawn is mine! As for Gable, I've seen few old movies. Never have been a huge TV Movie person. I'll have to find the movie and see what I think. I didn't like him in GWTW. But then the book appealed but the movie didn't for me.