When the Muse Refuses 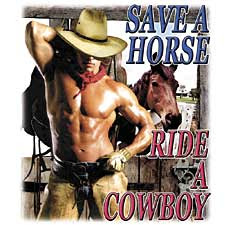 It seems lately I’ve talked about personal stuff and other nonsense on the blog. I haven’t talked much about the very thing I signed up to talk about when I started blogging. Writing!

Part of the reason I haven’t been talking about it is because I really haven’t been writing. I’ve been working on edits—which is not my favorite part of the process. Not by a long shot. The other half of the dilemma is what I need to write is not what I want to write. Last summer, when I was approached by three other TWRP writers about this anthology we’re writing—Sons of Summerville—it sounded like a lot of fun. It still does. But after writing Small Town Christmas in 2006 and spending a lot of time in 2007 on The Model Man…I’m burned out on contemporary writing. Remember, first and foremost, I’m an historical writer. (Ironic, isn't it, then that my first two sales were both contemporary? LOL)

In 2006 when I wrote STC, I had been immersed in historical writing and researching for the better part of six years; it felt good (and a little scary) to take a break and write contemporary-- and just as good when I sat down and wrote TMM. I love those characters and that story, but … I need a cowboy fix! (Hence the eye candy today)

I do have a few scenes written for the Sons of Summerville* story, and what I have so far I really like and my CP’s seem to like it, as well. But yesterday I threw caution to the wind and started working on a story that’s been in my head for a while now, one that I’ve been researching for quite some time. Texas Wild Card, the sequel to Wild Texas Wind. There’s a character in that story who has been begging for his own story pretty much since he appeared in the first scenes of chapter five of WTW. And it felt good! I was walking on air all day long, and still have that gushy, gooey, giddy feeling that comes from having spent time writing.

So what do you do when your muse refuses? Has there ever been a time when you’re supposed to be working on one thing, or planned to work on it-- but your muse was sending you in an entirely different direction?

*For more about the Sons of Summerville anthology, check out the blog I posted on Romance Book Junction a couple of months back http://romancebookjunction.ning.com/profiles/blog/show?id=2020985%3ABlogPost%3A8767

I know exactly what you mean. I used to hate edits. I'm still not in love with them, but am doing quite a bit better with them.

My muse still goes AWOL - like tonight and last night (I played Scrabulous). I have several stories started I need to finish so obvious I've started more than one while another isn't finished. I really need to finish them all before starting another story.

I keep telling myself that, too. But then the muse perches on my shoulder and starts wooing me with thoughts of the NEW story I want to write, LOL.

For now I hope to keep doing double or triple duty, writing the SOS story, plugging away at the edits and giving myself permission to play with my new friends when I've done what I needed to on the others.

Thanks, Ashley! It helps to know I'm not the only one!

I know the feeling- I've been wanting to finish the historical and people tell me to write the contemporary- but now that I know there are a handful of agents looking for the western, I'm putting all my creative time into that. I'm not a fan of edits. There are a couple people in our chapter that LOVE the edit process- I think they're crazy!!!

Hang in there! And give yourself slack and work on the story of your heart now and then- it's the only way to stay sane!

I love it that I'm not the only one who gives in to the muse's demands, LOL. I'm generally pretty focused and move through one book before beginning another but every now and then...

It's fun, isn't it? To just sit and write what your heart tells you to write instead of what your conscience tells you you should be writing? *G*

After just going through rounds of edits on several manuscripts, some working with editors, others self-edits, I know where you're coming from, Nic.

I've finally caught a break where I'm in wait mode on several of those projects. So, I've spent some of my writing time this week writing the first draft of a new short vampire story. It was great fun to work on something new, instead of going over scenes I've already written for the upteenth time.