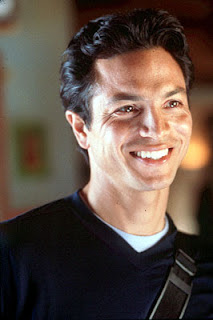 In the past few weeks, I have struggled with finding time to write. No, that’s not true. I have struggled with making time to write. It’s not that I don’t want to. I’m desperate to. It’s that old Latin thing again, lifus interruptus. I keep telling myself “Okay, as soon as I finish doing (you fill in the blank), I’ll have time to write.” Yeah, snort. Tell that to my four year old. Or my seven year old. Or the dog. Or any of the other people, places or things that conspire to get in the way of some good solid writing time.

But now that the release date for The Model Man has pretty much been set for November 1, the pressure is on. I need to get back to working on it no later than July 1 – and doggone it, I’m going to finish Wild Texas Wind before then.

So I’ve decided I have to write every day. And be held accountable to my two best cp’s for the number of pages I produce each day. I’m not assigning a number, I get too caught up in the “I failed” attitude if I don’t reach that number, and my creativity goes haywire when I start trying to force a certain number of pages. So I started off with four yesterday. (I’ve done plenty more than that in a sitting, but when you consider that the day before that I couldn’t even cough up a sentence, that’s not bad.) And just about four again today, which was a miracle really since I had the kind of stressful morning that would have rather seen me dive into a bowl of ice cream the size of a swimming pool (I abstained-- had a second cup of coffee instead, figuring the caffeine would either worsen my mood or perk me up. It did both.)

But I learned an important lesson today. Being accountable to someone for the number of pages I write in a day works for me.

How do you inspire yourself to write?

Oh btw, that great Benjamin Bratt pic I put up there has nothing to do with today’s blog. Just some eye candy for your viewing enjoyment.

So how many pages did you write today???

What works for me is to send chapters as I finish them to a CP. She always writes at the end of the chapter, "Send more quick" How can I not get more to her fast - when I know she's waiting for more???

Hmm... Good question Nic. I have to kick myself in the butt to get any writing done this last year. I have all sorts of excuses, too. None of them are good either.

What keeps me inspired is that I want to continue to belong in the writing world and be legitimate to my family and friends. So I sit down every once in a while and write. Then I go back to my real life and get caught up in it again. Smack!

I really need to change my attitude and feel guilty or bad enough about not writing to let being accountable to someone matter. Maybe that's why diets don't work for me either. LOL

Congrats on your November release date for The Model Man. Woo Hoo!!

Good luck with the motivation and I hope you can find the time to pump out those pages!

What inspires me? Usually a story festering in my brain or characters who talk to me. I haven't had any working on me for a while so I guess that leaves a third little voice of inspiration. Yes, I hear you, okay, okay. That's the combined voices of my cps. Nag, nag, nag. Wait, don't stop, I'll never get anything written!

YOU'VE BEEN TAGGED - TAKE A LOOK AT http://www.patyjager.blogspot.com